The high-quality white pigment titanium dioxide has many applications. Coagulation or agglomeration of a TiO2 dispersion must be avoided at all costs, both in the manufacturing process and in the processing, e.g. by manufacturers of paints and coatings. This applies in particular to highly filled systems, such as pigment preparations and pigment pastes, where a high degree of particle stabilization is indispensable.

Purely electrostatic stabilization is not sufficient to stabilize highly concentrated pigment preparations and pigment pastes in such a way that they do not exhibit flocculation and segregation states during storage and processing. 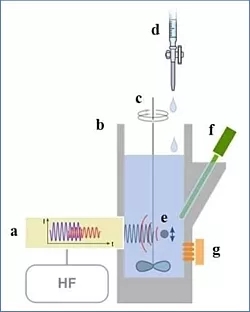 The electroacoustic ESA measuring technique used is used to record the stabilization process during the addition of additives to an aqueous TiO2 pigment preparation (Figure 1). The measured data show the level and type of stabilization as a function of the added additive concentration. By using the ESA method, additive concentrations can be determined which lead to defined electro-steric or steric stabilization ratios. These dispersion states, which are now known, can then be transferred to the formulation development or formulation optimization of a pigment preparation.

In summary, the following advantages result from the use of the ESA measuring technique for recording a stabilization process through the addition of additives:

The materials used for the measurements and the measuring technique are listed below. The measurements were carried out by the company Pulveranalyse Dipl.-Ing. Daniel Moog, a contract laboratory specializing in dispersion analysis. Two titanium dioxide pigment grades were tested which are to be used in highly concentrated pigment preparations as a pre- product in the sector of water-based dip coating products.

By measuring the electrokinetic sonic amplitude, the processes during the stabilization of the TiO2 grades in aqueous dispersion can be accurately recorded.

The results show that the additive used in the concentration of (4-7) % recommended by the additive manufacturer leads to electro-steric mixing stabilization for both TiO2 pigments (Figure 2 and 3). The wetting and coating of the TiO2 pigment surfaces with the additive polymer leads to a decrease in the zeta potential, which is also a measure of the thickness of the applied polymer layer. The ratio of electrostatic to steric stabilization can be detected and thus precisely adjusted. 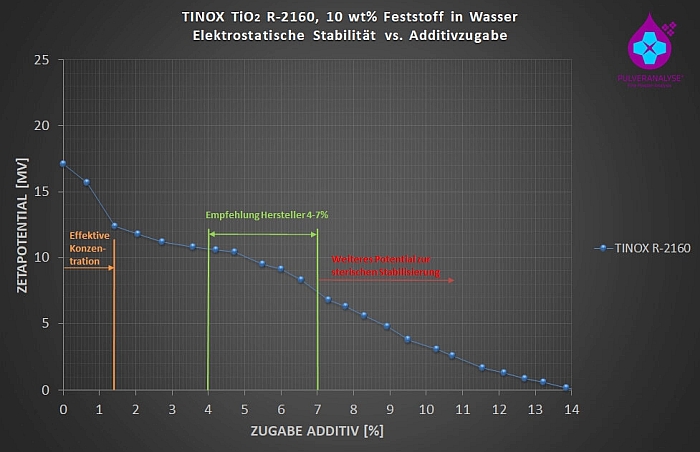 Fig.2: Recording of the decrease of the zeta potential of TINOX R-2160 TiO2 pigment during additive addition. The measurement
was carried out under strong stirring, which prevents sedimentation and ensures homogeneous mixing. 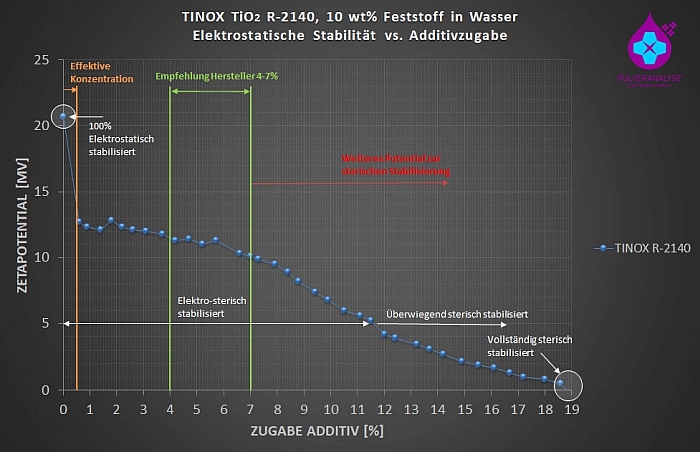 Fig.3: Recording of the decrease of the zeta potential of TINOX R-2140 TiO2 pigment during additive addition. The measurement
was carried out under strong stirring, which prevents sedimentation and ensures homogeneous mixing.

In the concentrations of (4-7)% on TiO2 recommended by the additive manufacturer, electrostatic mixing stabilization occurs for both pigment grades, with higher electrostatic contents remaining for TINOX R-2140 at the same additive concentration. The results show that the recommended additive concentrations of the additive manufacturers are good guidelines, but that the surface chemistry of the titanium dioxide pigments can vary so much due to post-treatment processes and manufacturing methods that for many TiO2-pigment grades a precise adjustment of the formulation is necessary. This is especially true when highly filled systems are manufactured at the maximum possible concentration, as is the case with pigment formulations and pigment pastes.

The ESA technique used in the present experiments has been elaborated in a particular way for different applications.

In the technical production process, dispersions are usually highly concentrated, turbid, colored or tempered. They are often electrostatically influenced by added additive formulations. Often the sedimentation of the mixture in the reactor must be prevented by powerful agitators. Stability analysis by means of electrokinetic sonic amplitude includes all parameters. Thus, the data of the samples analyzed in highly concentrated form can be directly transferred to the electrokinetic properties of the dispersed particles in the raw material or in the finished product.

By controlled recording of the stabilization process, it was possible to develop a stable semi-finished product with TINOX R-2140 as a pigment preparation with 78% TiO2 for aqueous dip coating applications, which showed no tendency to agglomeration even during subsequent strong dilution processes. The stabilization process could be deciphered a bit further and the dispersion states can be checked by means of ESA technology for process and quality control (see illustration Figure 4). 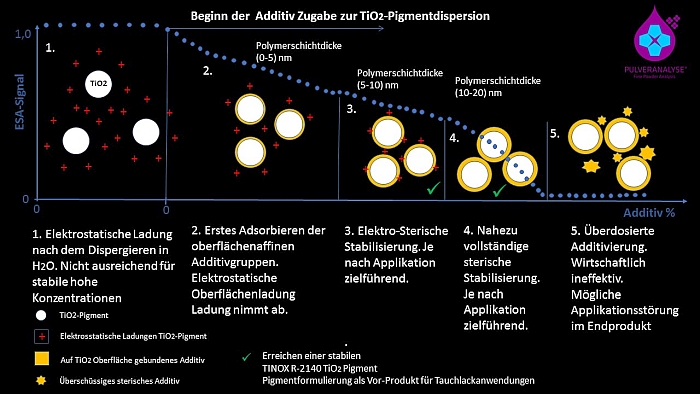 Fig.4: Illustration of the metrological recording of the stabilization process.

Information on the measurement method used

From a scientific point of view, the use of the ESA measurement technique is a method for direct quantification of accessible hydroxide groups on the surface of particles and a profound way for surface quantification of different ligands. While electrophoretic methods for zeta potential surface characterization for technical applications are limited by too high dilutions, sedimentation processes, irregular particle shape or inaccessible physical substance data, the ESA method is a complementary measurement technique for analysis in technical applications.

The ESA method for characterizing the charge stability of particles in a dispersion is an electroacoustic measurement technique.

An oscillating voltage is applied to a suspension, dispersion or emulsion, which is generated by an alternating current source. Charged particles in the dispersion oscillate at the frequency of the externally applied electric field. One or more frequencies can be applied. The oscillation of the particles at these frequencies generates sonic waves. The amplitudes of these sonic waves are measured as electrokinetic sonic amplitude (ESA). This ESA signal is proportional to the dynamic mobility of the particles and this in turn is proportional to the zeta potential of the particles present in the dispersion. A prerequisite for the use of this effect is a certain density difference between dispersion medium and particle. To generate evaluable signals, this density difference must be at least 0.2 g/cm3.